LUDO-why (it’s only a game)

The chance strategy game of Ludo – or more originally Pachisi is a game for 2-4 players,  originating in India. A simplified form was introduced into western society in  Great Britian in 1896.

This version of Ludo is loaded with a layer of  daily news information on the 4 top militaries in the world found online during a period of 10 days, chosen from january 1st through january 10th 2018.

The piece is meant to invoke a feeling of humor and relaxation while at the same time leaving an underlying feeling of guilt and helplessness.

It is supposed to prove the arbitrariness of media, the lack of any substenence therein and the pure vagueness of 4 of the worlds largest super military powers and how they relate to each other.

Sure enough the countries taunt and play with each other. Fragments from first page items relate to each other, and sometimes in the case of the russian media channel Sputnik simply repeat the news of the day (jan 7 and jan 8).

Japan – the japan news by the Yomiuri Shimbun 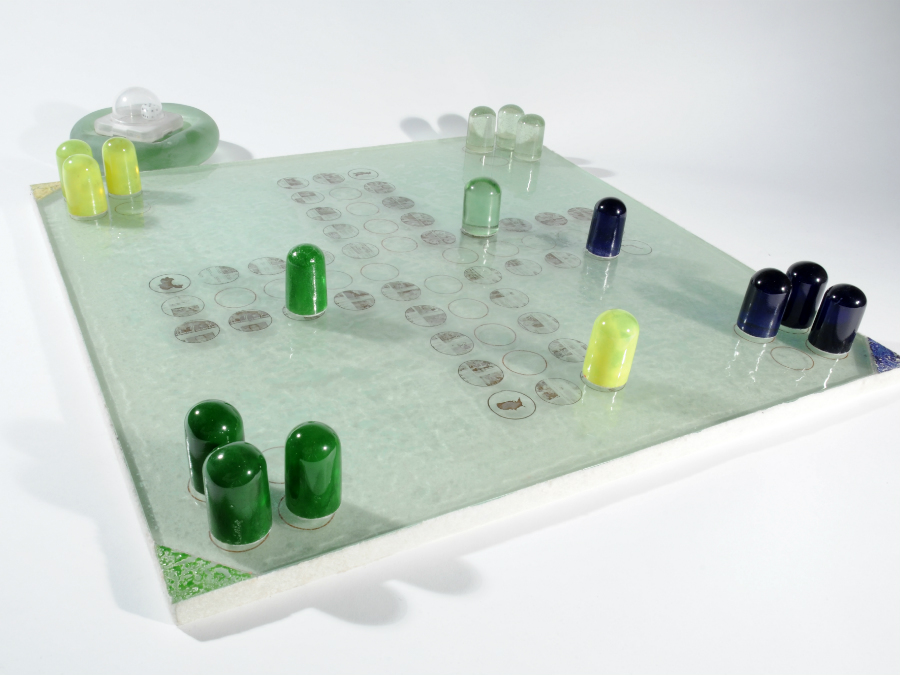